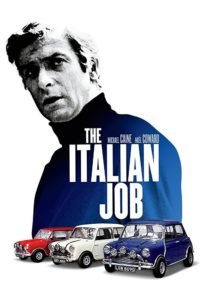 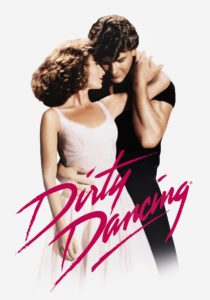 ‘Blow the doors off’ and ‘have the time of your life’ at two Drive-in Movies at Beacon Park this May.

After the success of Grease, the first ever Drive-in Movie at Beacon Park that took place in the summer of 2017, Lichfield District Council will be offering audiences two films in May and two more in August.

The first drive-in movie of the year is the cult British comedy, The Italian Job (1969), which will play at Beacon Park on Saturday 12 May. Rated a PG, the film stars Michael Caine who plays a former prisoner who is planning a ‘big job’ to steal gold bars in Italy with the help of a criminal gang, mini cars and traffic chaos.

The second drive-in movie of 2018, is the much loved film Dirty Dancing that will be screened at Beacon Park on Saturday 19 May. Rated a 15, Dirty Dancing follows ‘Baby’ Houseman (Jennifer Grey) as she goes on a journey of self-discovery with the help of dancer Johnny, played by Patrick Swayze.

The films will play on a giant inflatable screen, and movie-goers simply need to tune their car radios in to hear the soundtrack.

There will also be a reserved area in front of the cars for on foot ticket holders to bring along chairs and enjoy the film outside. Movie meals and cinema snacks will be on offer.

Gates will open at 12noon to allow audience members to park up and enjoy all that Beacon Park and Lichfield has to offer. Both films will then start at around 9.15pm. 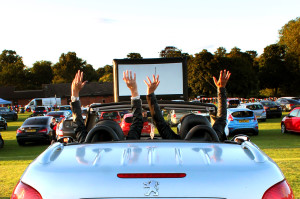 Councillor Iain Eadie, Cabinet Member for Leisure, said: “The atmosphere at last year’s drive-in movie was great with people getting dressed up and really getting into the spirit of the film.

“We did have some issues with getting cars in on the night, which is why we’re opening the gates earlier and have improved the process for how we will marshal the cars in. By doing this, it should also give audience members a chance to enjoy a day in the park and some time in Lichfield.

“We’ve chosen two hugely popular movies for our May screenings that have cult followings, so if you love car chases with minis and Italian scenery, as well as dancing, watermelons and lines, including ‘Nobody puts Baby in the corner,’ then these two drive-ins are definitely for you!”

Two more drive-in movies are planned in the summer. These are Top Gun on Friday 10 August and Pretty Woman on Saturday 11 August, which will both play at around 9pm.

Entry to the drive-ins is by pre-booked ticket only. It costs £25 a car per movie and £5 for on foot customers, with the option of hiring a headset for £3 and a paying a further £15 refundable deposit on the night.

Tickets are on sale now for all four drive-in movies and can be booked in person at the Lichfield Garrick Box Office, over the phone by calling 01543 412121, or online…

For online tickets, please click on the film link to go straight through to the right Lichfield Garrick website page: The Italian Job, Dirty Dancing, Top Gun or Pretty Woman.

To find out more about the Drive-in Movies at Beacon Park, including a series of frequently asked questions, visit www.lichfieldhistoricparks.co.uk/drivein.