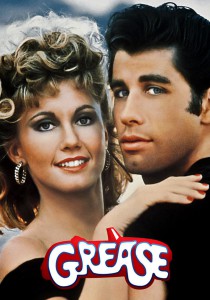 You’re The One That I Want!

Excitement is mounting for Beacon Park’s first ever Drive-in Movie, and the organisers have welcomed a supporter on board for its inaugural event.

With less than one month to go until the drive-in, Lichfield District Council is pleased to announce that Vantage Toyota Tamworth is backing the event.

Nigel Scriven, Dealer Principle of Toyota Tamworth, commented: “As a local Toyota dealer, we were keen to support Beacon Park’s Drive-in Movie and jumped at the chance because of the obvious synergy with our business. To celebrate our involvement in this exciting local initiative, we will be running a competition on our social media channels to give the lucky winner the opportunity to watch the movie from a prime position in one of our brand new cars.”

Gates will open at 7pm and the film will start at 9pm. Drivers simply tune in their radios to the movie soundtrack frequency to hear the film and all the classic songs.

Lakeside Bistro will be selling movie snacks, such as hotdogs, popcorn and drinks, which will add to the drive-in atmosphere.

There will be a small section in front of the cars for on foot ticket holders to watch the film, but these tickets have already sold out.