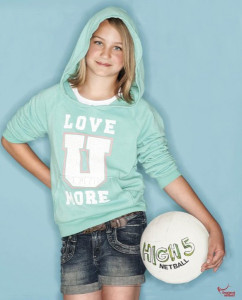 A Netball Camp for 9 to 11 year-olds is running at Beacon Park this Easter.

The camp will take place in the park’s tennis courts on Monday 4, Tuesday 5 and Wednesday 6 April, between 10am to 4pm.

Councillor Andy Smith, Cabinet Member for Leisure & Parks at Lichfield District Council, said: “I hope plenty of young people will book onto Netball Camp and enjoy expert coaching in the game. It will be a chance to get active, meet new friends and spend time in the fresh air.”

Netball Camp costs £15 a day. Participants will need to bring a packed lunch, plenty of drinks and wear suitable outdoor clothing, including trainers.

Places can be booked in person at Burntwood Leisure Centre (High Street, Chasetown, Staffs WS7 3XH) or by calling 01543 308810.

Netball Camp is being organised by Lichfield District Council’s Sports Development Team. It is funded by Sportivate and supported by England Netball.