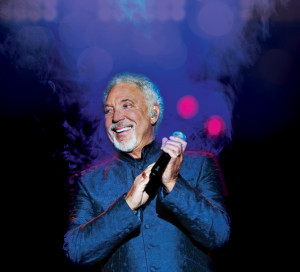 In a massive coup for the region, the legendary Tom Jones is to perform live in concert in Lichfield’s Beacon Park on 12 June.

The superstar performer will draw from his huge repertoire of hits that include It’s Not Unusual, Kiss, Delilah and What’s New Pussycat, as well as tracks from recently released albums, Praise & Blame, Spirit In The Room and Long Lost Suitcase, for which, at the age of 75, Tom has received some of the best reviews of his career.

With a career spanning five decades, the Welsh superstar continues to go from strength to strength, amassing 36 top 40 UK hits, a BRIT Award for Outstanding Contribution to Music and the prestigious (UK) Music Industry Trust Award.

The Tom Jones concert in Beacon Park, brought to Lichfield by the city’s own events company tinyCOW, in association with Clockwork and New Wave Pictures, promises an outstanding day of music and entertainment.

Held in a 10,000-person capacity grand marquee, the event will start at noon with a full line-up of artists from the region as well as some of the best new talent in the UK, before Tom and his band take to the stage for a full headline set of some of his best known and loved hits.

tinyCOW’s Lee O’Hanlon said: “We’re delighted to be bringing Tom Jones to Lichfield as this is a real first for the city. He’s truly a living legend, with an irresistible and exciting show that crosses musical eras and genres and appeals to young and old, male and female, mainstream and cutting edge. Tom has always been about the power of the song, the power of the voice.”

Tickets are on sale now at £55 Standard and £99 for Gold Circle from tinyCOWtickets.co.uk and Lichfield Garrick Box Office by calling 01543 412121.